I am humbled by President Trump appointing me to the United States Commission on Civil Rights. The Commission has a long noble history of serving as a defender of civil rights – from ending Jim Crow to ensuring that the promises of the Civil War amendments are fulfilled.  This nation endured a ferocious upheaval to enact the 13th, 14th and 15th Amendments. All of the sunk wealth and calamity of a civil war were a high price indeed for these three amendments.  We owe it to the generation that made them possible to fulfill the aims of these amendments.  But we also owe the generations before that one, the ones that secured the blessings of liberty and domestic tranquility – the rights to worship, to speak freely without fear of violence, and the right to pursue a living – to preserve those rights.

This hard year has refocused many Americans on basic civil rights we had long taken for granted. The right to assemble and worship, the right to be free from excessive force, the right of self-defense and the right to pursue the American dream no matter if you live in Fairfax, Virginia, coal country Pennsylvania or the south side of Chicago.  I have a demonstrated history of defending the civil rights of Americans regardless of skin color.  I have brought and won civil rights cases that others would not – from Guam, to Mississippi to defending the integrity of our elections.

Everyone is entitled to civil rights, and too many for too long have had a too narrow view of that question.  I hope to use my time on the Commission to reinvigorate a broader understanding of what our great Constitution has promised is a civil right.  Every American should be free to pursue their dreams.  In 2020, we see how those rights can be threatened in ways we did not imagine just a decade ago.  From free speech, to the right to run a business in Minneapolis, from the right to gather in church, to the right to support candidates for office free from fear, 2020 has presented new challenges and therefore new obligations on those who defend civil rights.

Here’s my statement on the PACEI:

Foes of election integrity lost their seat at the table.  Now the important work of improving the integrity of the election process will be done by people who believe in election integrity, not by those who seek to preserve vulnerabilities in the system. Over the years, demonstrable and empirical data has been developed showing noncitizen voting, double voting, and defects in the election system that no credible observer could deny. Some news outlets and activists have decided to ignore those facts, as if they do not exist.  Unfortunately, there are plenty of well-funded groups, activist academics and individuals who are not credible who sought to undermine and sabotage the Commission’s work.  They may delight today in the dissolution of the Commission, but before long they’ll realize that advocates of election integrity have more stamina, support and perseverance than they realize.

The United States of America has taken the side of Dave Davis in the Ninth Circuit Court of Appeals.  It filed a brief today in the 9th Circuit supporting Mr. Davis and his winning case against the status plebiscite that excludes voters from participation on the basis of race.  This is one more sign that a race-based plebiscite will never take place on Guam. Any resolution of the status question must allow all voters to vote, regardless of their race.   Defending the constitutional right to equal access to the ballot always has been the moral command of the Constitution.  We are grateful and pleased that the United States of America agrees with Mr. Davis that all voters have a right to vote free from racial discrimination on Guam.

Here is the brief.

Millions of Corrupted Voters: Will It Matter In 2016, And Is Anyone Doing Anything About It?
Long Island Lawyers Chapter

I will be speaking in Memphis on February 23 on the sometimes lawless and always political Department of Justice under Eric Holder and Loretta Lynch. The event is at the Madison Hotel at 11:30 a.m. It is sponsored by the Memphis lawyers chapter of the Federalist Society. Lawyers can obtain an hour of CLE credit and we’ll be covering voting laws, abortion protest laws, and a variety of other laws which have been subject to abuse and have been covered at PJ Media over the years. You can register and find details here.

The rights of those who live in the states can differ from the rights held by residents in the territories.

Guam resident Arnold Davis in 2011 challenged the island’s pending plebiscite after he wasn’t allowed to register for it. The plebiscite is a non-binding vote, intended to measure the preferred political status of Guam.

In a response filed Dec. 4, the AG states “even if the right to vote is fundamental in the several states, it does not follow that it is necessarily so in the territories.”

What qualifies as a “fundamental right” for those living in the territories has always been “the subject of enormous controversy in this country,” the office states in its court filing.

In October, the AG’s office said the case shouldn’t have to go to trial and has asked the federal court to rule in favor of the Guam government on the matter.

The plebiscite hasn’t been scheduled, but Gov. Eddie Calvo wants it to happen sometime in 2017, according to his office. 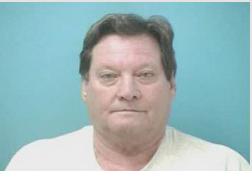 Sid Salter in the Clarion Ledger:

Noxubee County election officials are the target of a federal lawsuit claiming that the county’s failure to purge its voter rolls has inflated the number of registered voters to over 1,000 more people than the county’s actual voting-age population.

The Public Interest Legal Foundation, led by former Justice Department official Christian Adams, filed the complaint against the county alleging that: “According to data housed in the Mississippi Secretary of State’s Office in March 2015, Noxubee County had 9,271 registered voters, despite having a living voting age population of 8,245 according to the U.S. Census. Thus, more than 110 percent of living citizens old enough to vote are registered to vote in Noxubee County in 2015.”

“The public policy ramifications of allowing this challenge to continue are staggering. Under these plaintiffs’ theory, any cost or burden of voting — no matter how small — is too much. How about the cost of transportation to get to the polling place? Or the cost of waking up early to vote before work? Or the burden of remembering to vote at all? There is no logical end to the dangerous position taken by the political operatives and the Democratic Party of Virginia.

In reality, voting — like all civic duties — does come with a price. It does require a modest amount of personal sacrifice. The Voting Rights Act was designed to ensure that no eligible voter is denied the right to vote based on race, not to make voting a mindless exercise.”

Visited Fox and Friends this weekend on the DOJ “Domestic Terror” effort.