A far-left community organizer is going to jail for at least 2 and a half years for election fraud in Michigan.  Edward Pinkney was sentenced to up to 10 years in prison for rigging a recall election for the mayor of Benton Harbor Michigan. 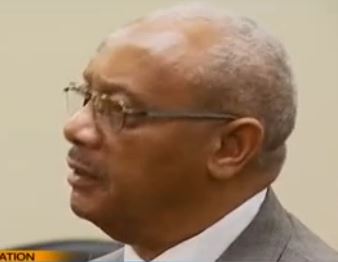 As often happens, a defiant voter fraudster defended by protesters outside the courthouse.  “Free Robert Pinkney” they chanted.  Robert Pinkney was handcuffed and hauled off to jail to begin serving his 2.5 to 10 year sentence.  Benton Harbor City Commissioner Marcus Muhammed (D) questioned the legitimacy of the criminal justice system and called the court a “kangaroo court.”

At the root of the crime was a recall election.  Far left groups had targeted the mayor of Benton Harbor arguing in the (ironically named) “People’s Tribune” that “an economic system that doesn’t feed, clothe, and house its people must be overturned and replaced with a system that meets the needs of the people.” Here’s the story.

Two and a half years in prison. That’s the minimum sentence given to a Southwest Michigan political activist convicted of election fraud.

Edward Pinkney of Benton Township was taken to prison Monday after his conviction.

Pinkney said he did nothing wrong and that he was disappointed in the jury and the system that found him guilty of changing the dates on several recall petitions.

The judge responded by reminding Pinkney he was a habitual offender and then sentenced him to two and a half to ten years in prison.

A large group of protestors chanted and held up signs outside the Berrien County Courthouse today following the sentencing of Pinkney.

Pinkney argued the jury who convicted him of five felony counts of election forgery was wrong and that he was innocent.

“I know I did nothing wrong. And I am very disappointed in the system itself,” he said.

One thought on “Jail for Community Organizer for Election Fraud”