“These three coordinated national attacks on election integrity were filed because partisan interests realize process rules can change election outcomes,” Adams said. “Some political candidates prefer elections with dirty rolls and unverified individuals casting ballots at the same time they register to vote. But most Americans do not.”

The motions filed by the group seek to “prevent treasured civil rights statutes such as the Voting Rights Act of 1965 from being turned into partisan weapons to leverage federal power over state elections merely to advantage one political party and disadvantage another.”

An arrest for voting under phony names in Wyoming. 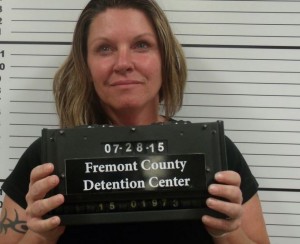 “Wells faces three felonies: 2 counts of False Voting and one count of Voter Registration Offense. Each charge is punishable by up to five years in prison and/or $10,000 in fines.”

“High absentee ballots are always cause for concern with our Agency,” says Secretary of State Delbert Hosemann. “Now that Mississippi has passed Voter ID, absentee balloting has the highest potential for fraud in our State.”

Counties whose requested absentee ballots are higher than 5%:

The Public Interest Legal Foundation brings a Section 8 case on behalf of the ACRU in Clarke County.  Details here.

I generally believe academic forums are not the best place to have debates because nobody other than a handful of professors and their captive students participate in them. Academic debates draw an audience of a few hundred on a good day, while an appearance on the Kelly File, for example, draws two million on a bad day. Never the less, here is my article:

“Notwithstanding the Supreme Court’s invalidation of federal oversight of elections in sixteen states using Section 5 of the Voting Rights Act, litigation has commenced against multiple state election integrity statutes utilizing Section 2 of the Voting Rights Act. Challenges have been brought against election integrity statutes by the Department of Justice and private plaintiffs in Wisconsin, Texas, and North Carolina.  At issue in these cases were voter photo identification laws, changes to early voting periods, same-day voter registration, and requirements that voters only vote in the precinct where they live. These challenges, however, did not use traditional theories of Section 2 liability. Instead, they advanced theories of Section 2 liability that were used to block state election law changes under Section 5 of the Voting Rights Act. The legal theories utilized in these cases seek to import statistical tests for Section 2 liability, which were previously utilized under the Section 5 retrogression standard to block state election laws. If the plaintiffs are ultimately successful, the constitutional balance between states and the federal government that the Supreme Court sought to restore in Shelby County will be undone, and every state will risk violating the Voting Rights Act if any change to an election law has any statistical impact on a racial minority group. Instead, courts reviewing Section 2 cases should utilize longstanding jurisprudence requiring much more than statistical disparities in analyzing election laws for compliance with the Voting Rights Act and ask whether an equal opportunity to participate and comply with the law exists.”

“The late Saul Alinsky, the father of the community-organizing model that inspired both Hillary Clinton and Barack Obama, would be delighted. The man who championed moral relativism in tearing down the establishment (“In war, the end justifies almost any means”) is calling the tune of the Democratic party on voting issues. Last March, President Obama rhapsodized about what would happen under mandatory voting: “If everybody voted, then it would completely change the political map in this country.” Obama once served as the lawyer for the disgraced and defunct voter-registration group ACORN, and he is still toeing its line. Then last week, Hillary Clinton demanded that the federal government override state laws and automatically register everyone to vote and then offer at least 20 days of early voting, turning Election Day into an Election Month. Both would dramatically complicate the job of already-overburdened voter registrars and make it harder to catch potential fraud. In the case of New York v. United States (1992) and other cases, the Supreme Court has clearly ruled that it is beyond Congress’s power to do what Hillary wants.”

Hans von Spakovsky goes on with the Wall Street Journal to refute the left wing narrative on Hillary’s announcement.

“Or in the modern Democratic political calculus, getting rid of the prohibition would, for all intents and purposes, allow the incompetent person’s caregiver – frequently a unionized government worker – to cast multiple votes as long as they claimed the incompetent person had expressed a desire to vote.

The legal and ethical argument against allowing incompetent persons to vote is a worthy debate, but what really got our attention was Adams’ research on who, exactly, was behind this effort to overturn the Qualification Clause of the Constitution.”